Just Her – Jester – Gesture is a composition in Bohlen-Pierce tuning for augmented kalimba and electronics written in 2010. It was premiered on occasion of my 50th birthday on June 21, 2010 at the EMS conference hosted by the Shanghai Conservatory’s Electro-Acoustic Music Center (EAMC). It was revised in 2015 on occasion of the Klingt gut! symposium in Hamburg.

The piece is divided in three parts: 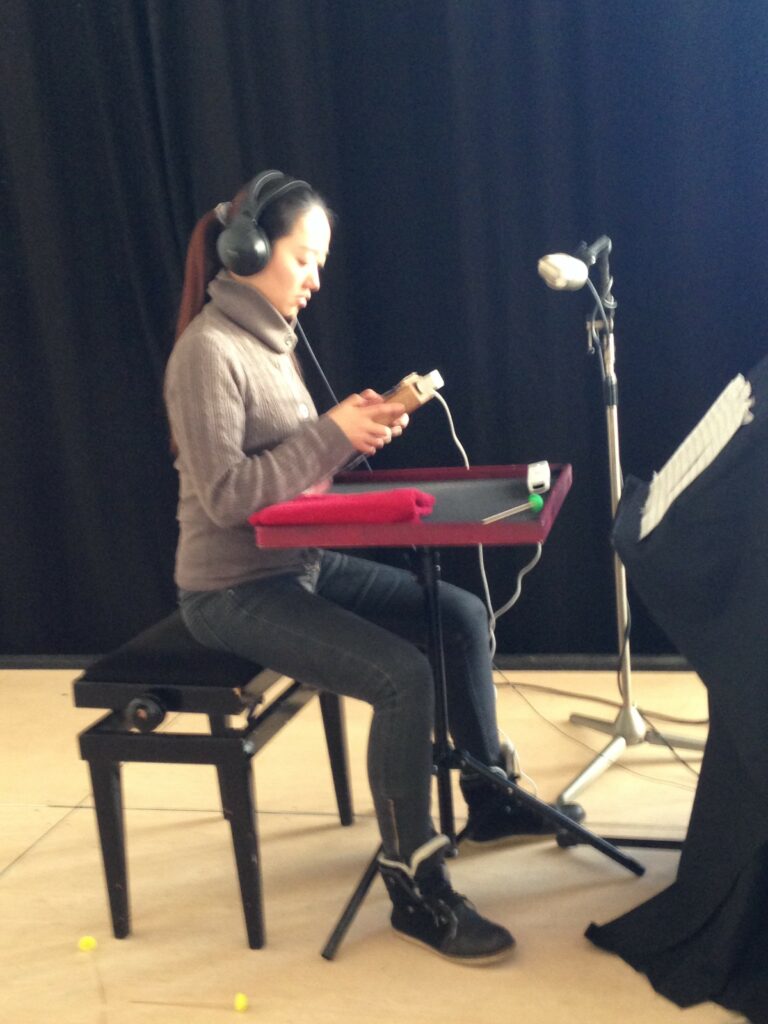 Figure 1. Lin Chen during the recording session of Just Her – Jester – Gesture

The Bohlen-Pierce tuning is a non-octave tuning in which the just 12th is divided into 13 steps. Serendipitously, the just and equal tempered versions of the scale only differ slightly from each other—the just version consisting exclusively of powers of the odd primes 3, 5 and 7.

This scale, which hitherto is one of the best-studied non-octave scales, was described independently by Heinz Bohlen, Kees van Prooijen and John Pierce in the 1970’s and 80’s. Nora-Louise Müller, Konstantina Orlandatou and myself have written the comprehensive article Starting Over – Chances Afforded by a New Scale in the book 1001 Microtones (edited by Manfred Stahnke and Sarvenaz Safari) on the current state of research into this scale, also listing acoustic instruments that were built especially for this scale, most notably clarinets in two sizes made by Canadian clarinet maker Stephen Fox. As with refretted guitars or string instruments, customary instruments can easily by modified and retuned to match the interval set of the Bohlen-Pierce scale: in case of violin, viola or cello the open strings would be tuned to the large 75/49 fifths while in case of guitar and double bass the interval would be 9/7 septimal major thirds.

My piece Just Her – Jester – Gesture requires a Hugh-Tracey alto kalimba. Hugh-Tracey kalimbas are standardized concert instruments made in the Republic of South Africa. They come in different sizes of which the alto kalimba with its 15 tines is particularly suited for the BP scale. The instrument ordinarily covers the diatonic range from g3 to g5 (c4 being middle C). By nudging the tines, the tuning can be adjusted to a Bohlen-Pierce tritave plus an extra tone, ranging from c4 +22ct to g#5 +46 ct (with the fifth to the right tine being anchored to A440). Kalimbas are characterized by an alternating “centrifugal” layout of the tines, which allows a scale to be played with both hands in an outward alternating motion. I designed a suitable type of notation to capture the logic of this layout and used MaxScore to implement it. MaxScore is a notation program, developed by Nick Didkovsky and myself, capable of both displaying and playing back music in non-standard tuning. The excerpt from the score below shows 5 staves, three of which display the same seven measures in different notation styles (BP kalimba notation, quarter-tone notation and BP N-clef), while the bottom two contain control messages to be sequenced during the second and third parts of the piece (distinguished from real pitches by asterisks).

These messages (such as “1. 0. 0. 1. 7. 1000. 24. 1. 0. 0. 6000. 1. 0. 6000. 120. 40. 0. 0. 0. 1. 0.”) control a real-time generative computer process accompanying the performance of the kalimba player. The engine I used is a Max patch called DJster and is based on Clarence Barlow’s legacy program AUTOBUSK. Its graphical user interface consists, among others, of a set of parameters numbered 1 to 12 as well as two menus, which can be dynamically filled with various scales and meters, in our case the Bohlen-Pierce scale and its modes as well as simple and compound triple, quintuple and septuple meters (see left figure).

DJster generates notes, which are routed to a spectral synthesizer, which uses resonance models for synthesis. I used the ResAn program (part of IRCAM’s Diphone package) to analyze the resonances of a regular kalimba tone, a knock on its body as well as the sounds of wiping across the tines and the body. 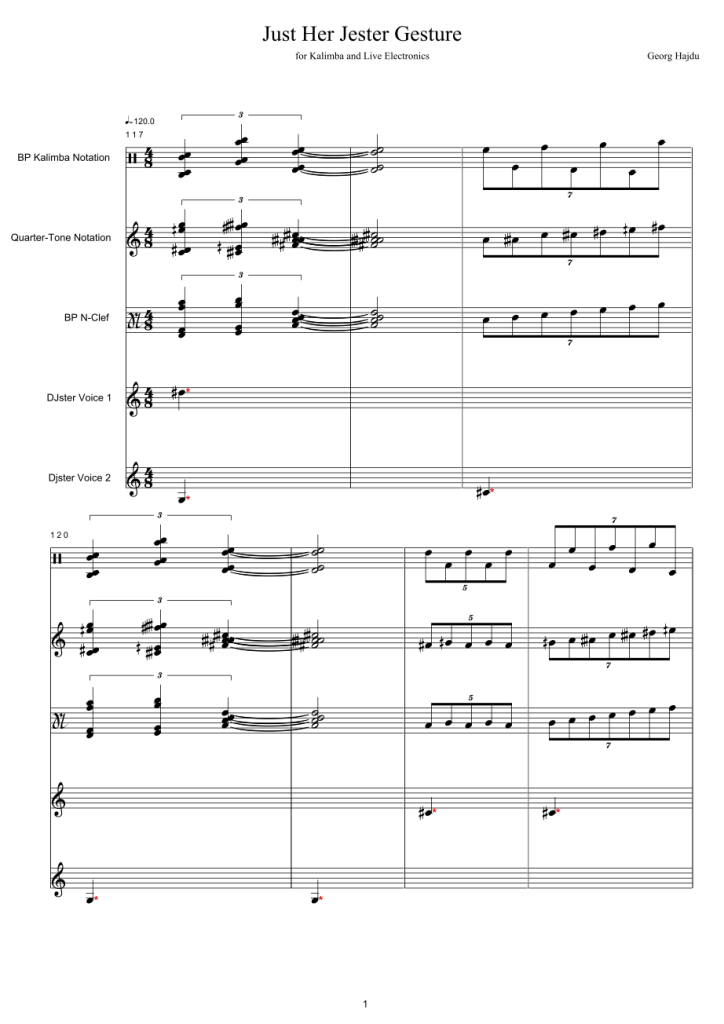 Figure 2. Measures 117-123 from the score of Just Her – Jester – Gesture. The kalimba line in Bohlen-Pierce tuning is shown in different notation styles (staves 1 – 3), while the notes containing the messages, which control the generative process, are shown on the bottom two staves. 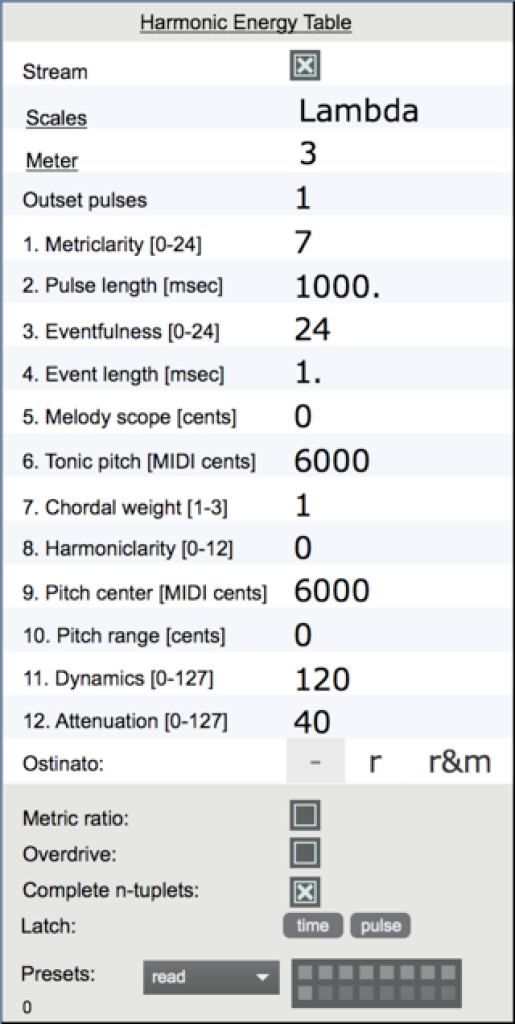 Figure 3. GUI of a DJster instance controlled by playing back the score in sync with the performance.

During the last part, the performer uses the kalimba as a gestural controller and enters into an improvisatory dialog by reacting to the music generated by the machine. By tilting the kalimba in two dimensions, she influences both the outcome of the generative process and the timbre of the synthesizer. 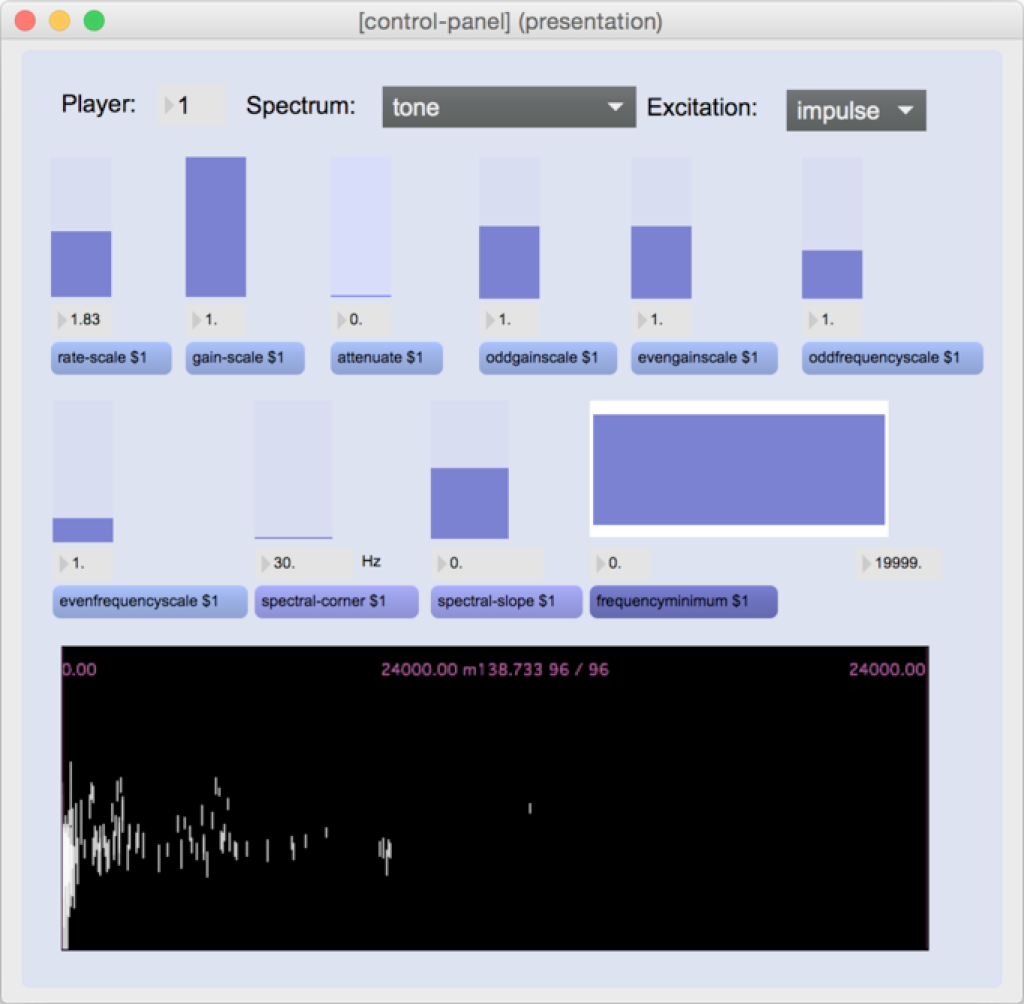 To turn the kalimba into an augmented instrument, a modified Numchuk Wii controller was attached to its back with a strip of Velcro and plugged into a Nintendo Wii Remote game controller. Its pitch and roll data are sent via Bluetooth to OSCulator and from there to Max via a local udp connection. A rapid shake will advance the playback to the next cue, which gives the performer control over the duration of each section within the last part. 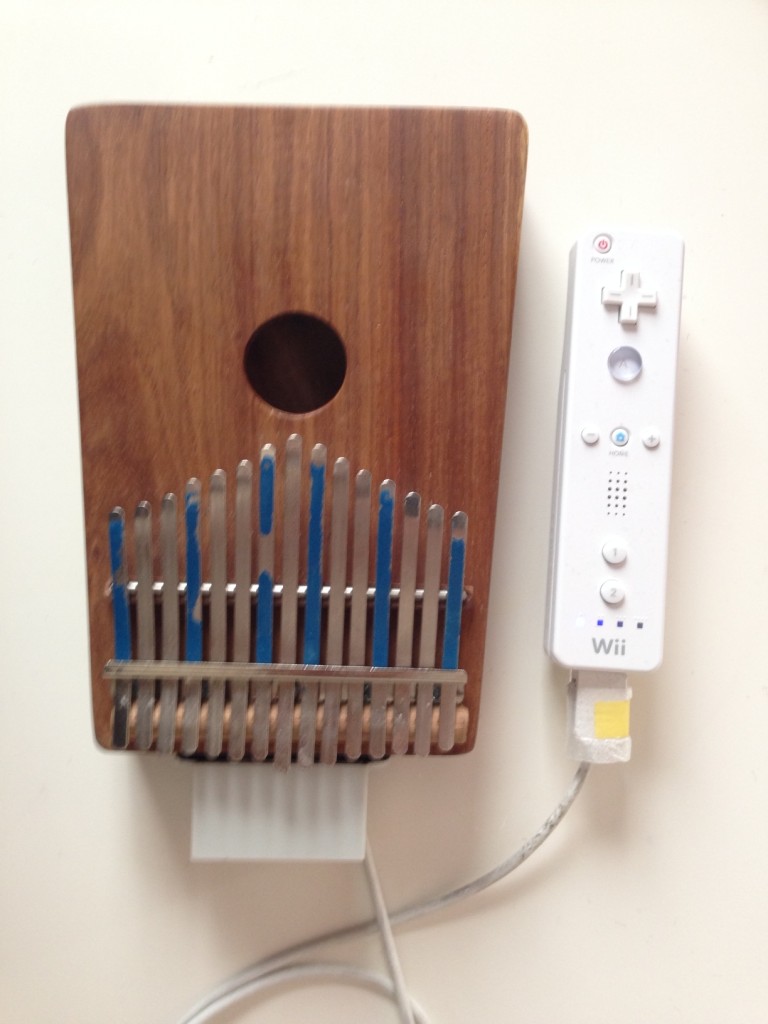 Figure 5. The augmented kalimba with the modified Numchuk controller attached to its back.

Live performance at the NYCEMF ’16: